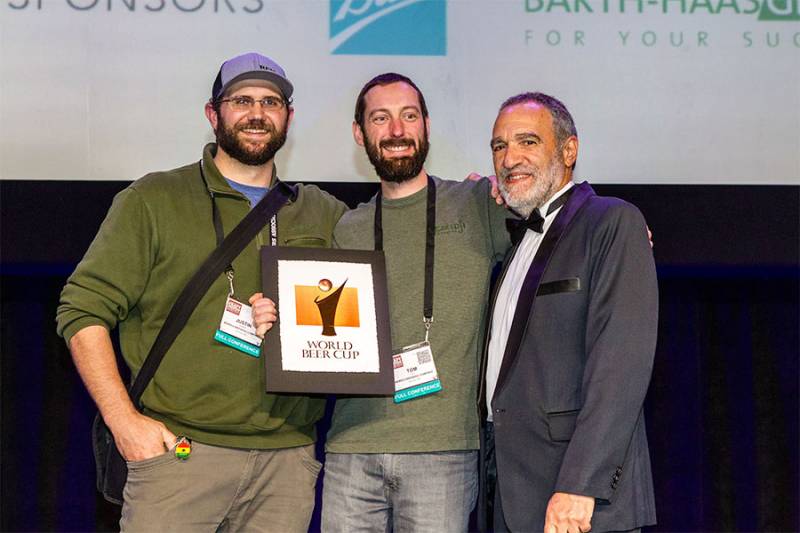 Bemidji Brewing Wins Bronze in 2016 World Beer Cup The World Beer Cup? is considered by many to be the “Olympics” of beer, as it is the premier professional global beer competition that is held every two years. And this past weekend at the awards ceremony in Philadelphia, with the announcement of the Bronze award for its German Blonde, Bemidji Brewing was able to make it onto the world stage. According to the Brewer's Association, which organizes the event, this year's competition saw a 38.5% increase in participation as judges rated more than 6,500 beers from more than 1,900 breweries, representing 55 countries. From that huge pool, 253 breweries took home one or more of the professional medals, including Bemidji Brewing and 3 other Minnesota breweries. “Brewing has no boundaries or borders,” said Charlie Papazian, founder, Brewers Association. “The World Beer Cup recognizes the very best in the global community of brewers—their innovation, creativity and the craft of beer and brewing.” -https://www.brewersassociation.org/press-releases/2016-world-beer-cup-winners-announced/ Bemidji Brewing's German Blonde received a Bronze in the “Golden or Blonde Ale” category, which had 82 entries, making it a more competitive category than most. “Winning an award for such an approachable beer that we brew year-round is a great way for more folks to get a taste of Bemidji Brewing and try out a beer deemed to be world-class.” ---Tom Hill, Head Brewer and Co-Founder, Bemidji Brewing For more information on the winning breweries and beers, visit the Brewers Association website: www.brewersassociation.org. This award is coming on the heels of a Silver Medal at the 2015 Great American Beer Fest (GABF) last September for Bemidji Brewing's Double Porter, making it the only Minnesota brewery to win awards in both competitions in different beer categories. The German Blonde is a year-round flagship beer, available on-tap and to-go at Bemidji Brewing's Taproom in downtown, and is now also available on-tap at accounts around Bemidji. For more information on Bemidji Brewing, the Taproom and the beers, visit www.bemidjibeer.com or search “Bemidji beer” on Facebook.